New Framework for Assessing the Welfare of Working Equids 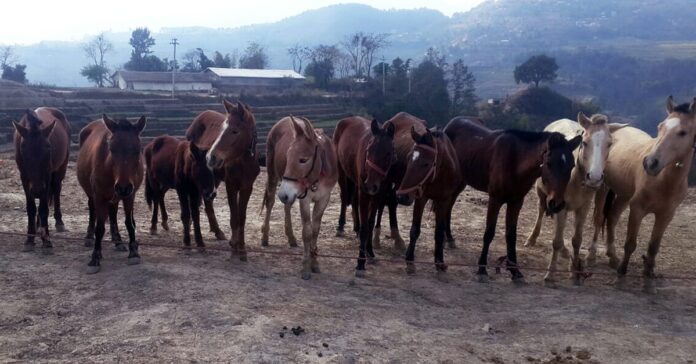 The new framework aims to improve the lives of working equids in Nepalese brick kilns and beyond.

Horses, donkeys, and mules working in the brick-building factories of Nepal have generally good body condition, and most are sound. But more than half have scars, wounds, and other skin issues, and many lack adequate access to basic equine needs, according to a new international study.

Working up to nine hours a day six days a week, transporting loads of bricks across difficult terrains in hot, dry environments, the equids are provided little clean water or shelter during working hours, said Stuart Norris, PhD, Senior Statistician at The Donkey Sanctuary in Devon, the U.K.

Equipment is often poorly fitted to the animals, and the handlers don’t usually remove it during breaks, Norris said.

Many of the equids stay tethered when not working, restraining their freedom of movement and causing leg wounds, he added. Only a fourth of the animals have access to a field when they’re not working.

The observations come from a joint project with a local charity, Lalitpur-based Animal Nepal, which aims to improve the lives of working equids in hundreds of brick kilns across Nepal. Nestled between China and India, the country of Nepal produces four billion bricks per year in more than 1200 kilns. While some kilns rely on humans to transport bricks on their own backs, others use mules and horses, and to a lesser extent donkeys, for moving heavy loads of baked bricks.

Assessing animal welfare can seem too subjective or unreliable if it’s just based on personal or even professional impressions, according to Norris. So the researchers employed more objective welfare assessment tools based on evaluations of the Five Freedoms to investigate equine welfare in Nepal. The World Organization for Animal Health (OIE) promotes the principles of the “five freedoms” for horses and all other land animals. These freedoms include: freedom from hunger, malnutrition and thirst; freedom from fear and distress; freedom from heat stress or physical discomfort; freedom from pain, injury and disease; and freedom to express normal patterns of behaviour.

The researchers from The Donkey Sanctuary and Animal Nepal used the Equid Assessment, Research, and Scoping (EARS) tool to understand the health, behaviour, nutrition, housing, and working conditions of nearly 2500 working equids in 41 Nepalese brick kilns. Then in a second step, they used the Welfare Aggregation and Guidance (WAG) tool to analyze the data from the EARS tool, allowing the scientists to pinpoint areas of particular welfare concern and develop strategic ideas for improving those areas.

They found that 92% of the animals had medium to good body condition scores, said Norris. Three-fourths had medium to good nutrition. But less than 2% had free access to clean water in their housing areas; interestingly, there was actually a greater chance of having clean water at work—but even then, only 4% had that access. The majority had limited access to water, and the water wasn’t particularly clean.

Concerning management, 74% were kept indoors in stalls, he said. Still, in 72% of the cases, the environment was clean and free from hazards, and nearly 80% had adequately sized stables and a clean, dry, comfortable area to lie down.

Almost 95% of the equids worked between six and nine hours a day; more than nine hours is considered a bad welfare condition, Norris said. About 86% worked six days a week; most of the others worked every day. Most had limited access to shade during working hours, and while 88% had breaks during the working day, the majority of these did not have their equipment removed during the break.

Despite this, 94% of the equids showed no signs of lameness, and 84% showed no signs of illness, Norris said. Most of the health conditions were minor, primarily discharge from the eyes and/or nose. More than 90% had healthy coats—but they were blemished with scars (31%), hair loss (19%), and/or open wounds (10%).

As for emotional state, about three-fourths of the equids seemed “at ease,” with no visible signs of fear or distress, according to Norris. The animals’ behavior seemed to be directly linked to the attitude of the handlers; aggressive handlers tended to have more reactive equids showing conflict behaviors like threats, he said. But relaxed and confident handlers—which made up 91% of the handlers—had animals who seemed confident themselves, and even “friendly” towards humans.

The positive results found in the study might reflect prior interventions by non-government organizations—an encouraging sign that intervention is moving equine welfare in the right direction in these kilns, according to Norris. “The motivation for this study was previous work with Animal Nepal, which highlighted the poor working conditions that were experienced by equids in brick kilns,” he said. “The Donkey Sanctuary had previously provided support for building adequate shelters at specific kilns, but with the development of the EARS tool we were in the ideal position to assess a larger number of kilns to really understand the threats to welfare that these equids face.

“Collecting this information has then given us the ability to design further studies to tackle welfare issues in these kilns,” he continued. “This work is part of a longer term programme to improve the lives of equids working in Nepalese brick kilns and take the lessons we learn from this to be applied to other situations where there is suffering of equids.”

Actions arising from the study will primarily take place in two phases, Norris said. “Firstly, there needs to be an implementation of a programme to work closely with owners to improve their interaction with their equids, training for wound management, and training for harness design to ensure that the loads that the equids need to carry are not causing wounds,” he explained.

“Secondly, there needs to be long term monitoring of this work to ensure that the training is implemented by the owners into working practices and if not understand why, so these can be further developed into more effective training programs.”

Christa Lesté-Lasserre is a freelance writer based in France. A native of Dallas, Texas, Lesté-Lasserre grew up riding Quarter Horses, Appaloosas, and Shetland Ponies. She holds a master’s degree in English, specializing in creative writing, from the University of Mississippi in Oxford and earned a bachelor's in journalism and creative writing with a minor in sciences from Baylor University in Waco, Texas. She currently keeps her two Trakehners at home near Paris. Follow Lesté-Lasserre on Twitter @christalestelas.

Previous articleResearchers uncover scientific clue to the relationship between whorls and horse personality
Next articleIt’s official: Horses are good for us, they get us close to nature 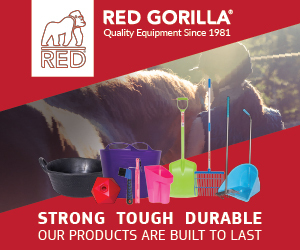 Roadmap for the Ethical Use of Horses in Sport

Can Bedding Improve your Horse’s Performance?